5 practical things you can do with Bitcoin and Ethereum

Most cryptocurrency news coverage focuses on price spikes and dips. But there’s more to cryptocurrency than investing. Blockchain the underlying technology that makes cryptocurrencies like Bitcoin possible has a vast array of potential applications. That’s why software developer and Let’s Talk Bitcoin podcast host Andreas Antonopoulos describes cryptocurrency as the “internet of money.”

Even though blockchain technology is still in its infancy, there are already quite a few interesting ways to use Bitcoin and Ethereum today. Read on to find out about five practical things you can do with cryptocurrency that have nothing to do with investing.

Bitlum.io is a new kind of cryptocurrency wallet that does more than just hold your cryptocurrency funds. You can use your Bitlum wallet to send Satoshis to a number of interesting apps which unlocks features, all of which run on the  on Bitcoin’s brand new Lightning Network.

One of the most notable apps that works with Bitlum is a chess platform called Lightning Chess. Of course, the ability to play chess online is nothing new. The main twist here is that you can make things a little more interesting by placing wagers against your opponent.

Yet another app that you can use with your Bitlum wallet is Y’alls a blog platform that gives writers the ability to place micropayment paywalls around their content. For example, you have to pay $0.008 worth of Bitcoin to access this article, which contains links to various Lightning Network projects. Having to pay to read blog content may not sound so exciting. However, if the Y’alls business model takes off, bloggers will have a way to fund their projects that don’t involve placing ads all over their sites.

Unless you’re a complete newcomer to cryptocurrency, you’re probably already familiar with the concept of mining. The Bitcoin network depends on Bitcoin miners-- computers that process transactions and write new transaction blocks into Bitcoin’s blockchain. Miners donate their processing power to the network in return for a chance to win Bitcoin rewards.

Related: How to Bitcoin transactions work?

The early Bitcoin miners made huge profits when the price of BTC increased from virtually nothing to thousands of dollars over the span of just a few short years. But today, huge data centres filled with expensive, specialized equipment dominate. What’s more, a high degree of technical knowledge is required to set up and maintain a Bitcoin node.

The makers of Coinmine are trying to address these stumbling blocks with Coinmine One an all-in-one solution for getting started as a cryptocurrency miner. The Coinmine One is reasonably priced at $800 and it runs an easy-to-use interface called Mine OS. There are even smartphone apps for Coinmine One, which let you operate your rig remotely.

You can’t mine Bitcoin with Coinmine One yet, but an upgrade that will enable Bitcoin mining over the Lightning Network is in the works. In the meantime, you can mine four different cryptocurrencies with Coinmine One: Ethereum, Ethereum Classic, Zcash and Monero.

Tippin.me is yet another new Bitcoin app made possible by the Lightning Network’s low fees and fast processing times.

The way it works is simple. To get started, go to Tippin.me and use your Twitter account to create a Tippin wallet. Once you’ve created an account Tippin will automatically generate a “tippin’ page” for you, which looks like this: 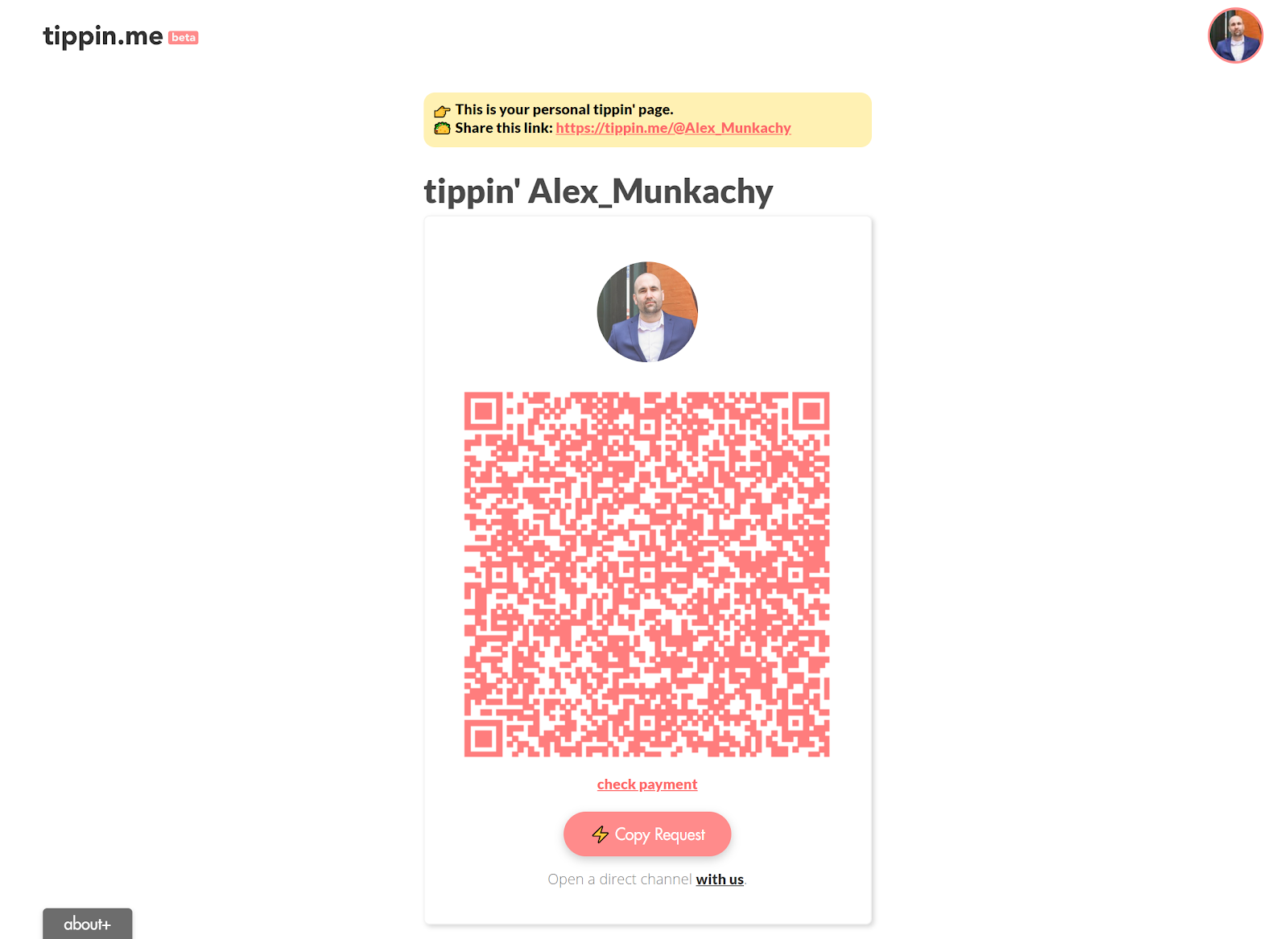 Once you have a Tippin’ page, you can easily send and receive Bitcoin tips through Bitcoin’s Lightning Network.

Unlike payments sent through the standard Bitcoin network, you won’t have to worry about fluctuating transaction fees or long wait times.

New charity platforms like AidChain are leveraging the transparent nature of blockchain technology to make sure that the money you donate doesn’t get wasted or end up in the hands of scammers.

Sadly, people that run charities aren’t always as trustworthy as they claim to be. Non-profit watchdogs like CharityWatch can only do so much to prevent the public from getting swindled by criminals masquerading as charitable organizations. In 2015, the US Federal Trade Commission accused the Cancer Fund of America of cheating consumers out of $187 million.

AidChain makes charity more transparent by making a charity’s financial transactions available on its public blockchain. All you need to get started with AidChain is a cryptocurrency wallet. If you don’t already have one, you can set one up through the AidChain website. From there, you simply pick the charity you want to donate to and select the coin you want to use for your donation.

AidChain’s tracking features let you receive notifications at every step of the donation flow. An open banking service provider called TrueLayer has partnered with AidChain to give donors a way to see what charities do with their funds after they’ve been converted to fiat currencies.

Rent out your computer resources

Golem network is perhaps the most well-known blockchain platform that lets you earn cryptocurrency rewards for renting out your CPU.

After you download the Golem program and install it on your computer (supported operating systems include Windows, PC and Linux), your computer’s CPU becomes part of a decentralized, global supercomputer. GNT-- the token that you receive for donating your computing power to the Golem network-- can be easily exchanged with Ethereum or any ERC-20 compliant token.

Scientists and engineers can use the combined power of the Golem network to accomplish computation intensive tasks like running protein folding simulations and testing machine learning hyperparameters. 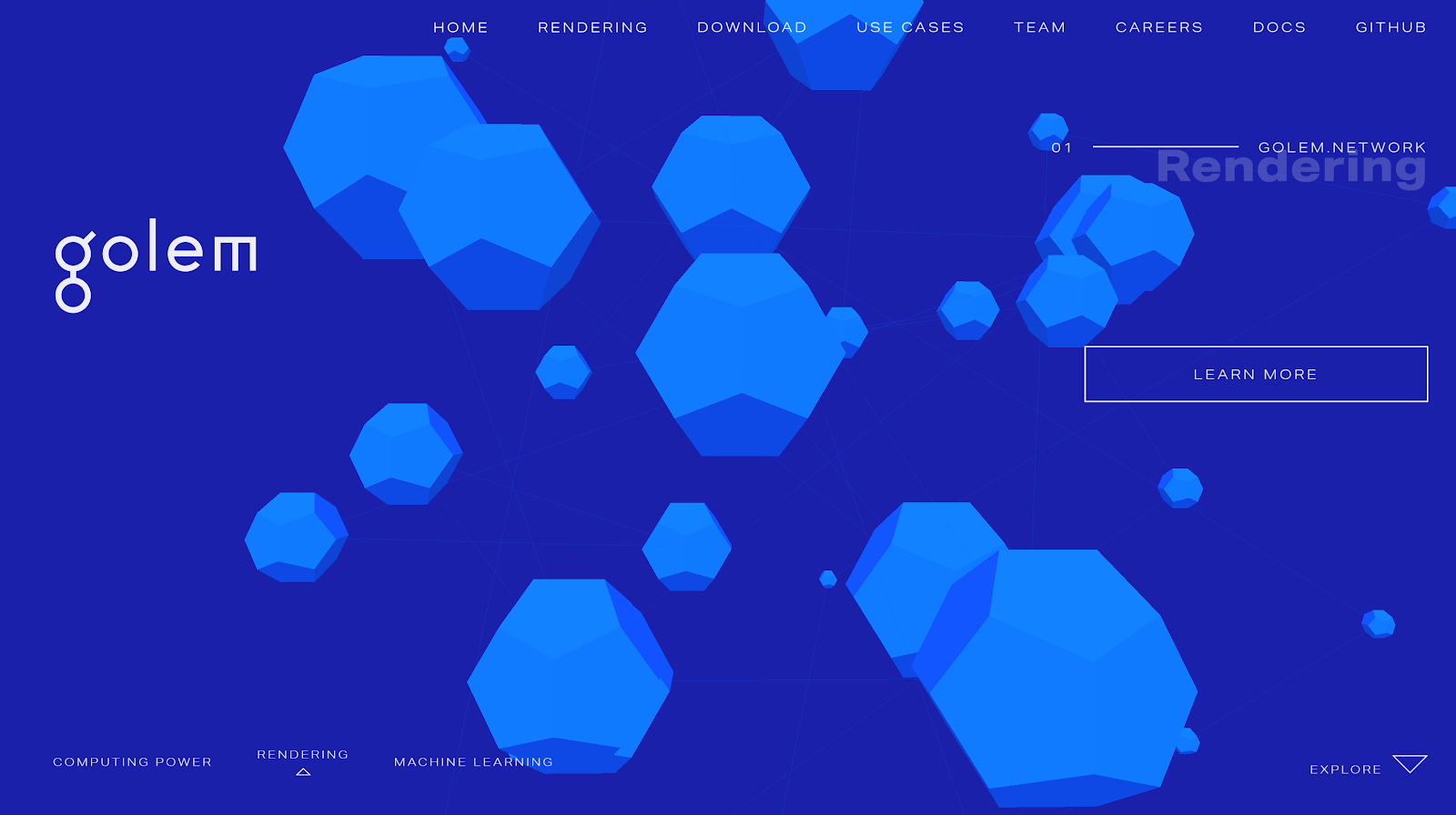